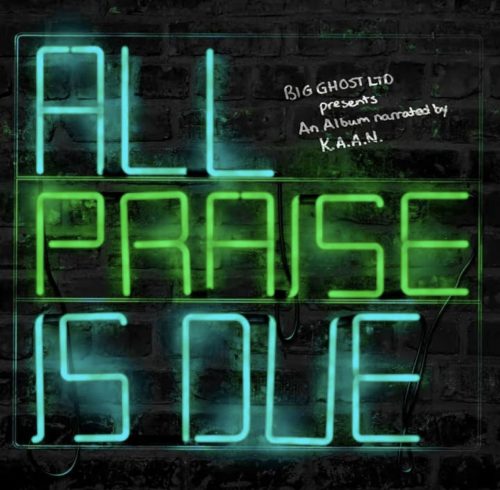 K.A.A.N. is a 29 year old emcee from Columbia, Maryland known for his speedy flows & conscious lyricism. The man has made a lengthy yet consistent discography for himself in just 6 years with my favorites being Black Blood, Pure Intentions, Subtle Meditation & Requiem for a Dream Deferred. He just dropped Blissful Awareness back in May & exactly 2 months later, K.A.A.N. is surprise dropping his 14th album with Big Ghost Ltd. producing the whole thing.

Things kick off with “Foreword”, where K.A.A.N. talks about how life seems so slow over a luscious boom bap beat. The next song “Elevation” talks about his growth over a moody instrumental while “The Feeling” talks about having the urge that something’s wrong over a beat with some beautiful choir vocals hanging in the back. The track “Manifesto” cautions that the world will feel something that has never been felt before on top of a dreary instrumental while the song “Valley of Kings” talks about keeping his head high over a dim beat.

The track $100K & a Benz” talks about pushing it to the limit over an intoxicating beat. while the song “Sellasie” talks about how he doesn’t know where he’s going over a somewhat jazzy beat. The track “Flight” talks about trying to lead the blind over a reclining instrumental while “Apparations” is an emotional ballad from the heart. The album finishes off with “After Words”, where K.A.A.N. vents about questions that he’s been wanting answers for over a boom bap beat with a well-incorporated violin loop.

Overall, this is one of the best albums K.A.A.N. has ever made without a doubt. He comes through with some of his most captivating bars to date whereas Big Ghost Ltd.‘s production sounds unlike anything in the past & it turns out beautifully.