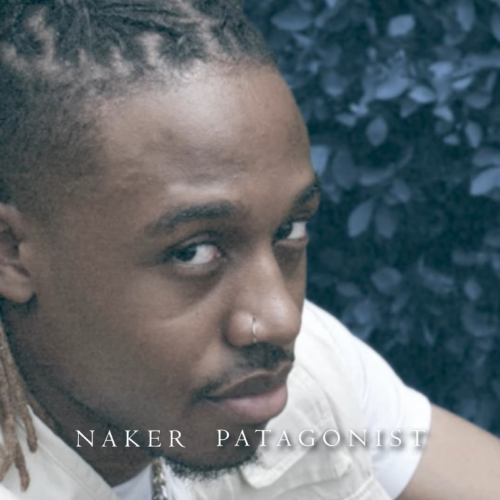 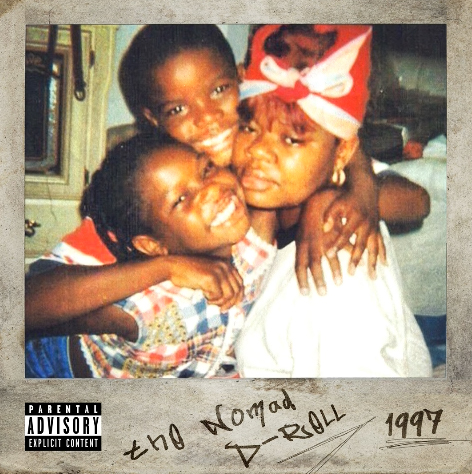 By msavino Word Is Bond

Up and coming Tampa based artist Zurc teams up with Tim Payso for an old school meets new school groundbreaking single titled “Hands.”

Zurc, who first put pen to paper in May of this year, holds his own weight on the track and proves his innovative wordplay can turn heads and impress OG artists in the scene.

The duo’s quick-witted lyricism flows effortlessly over a mix of classic cadences and new found tones that is sure to have listeners head-nodding to the b-ball court or vibing in the club. Stream “Hands” above. 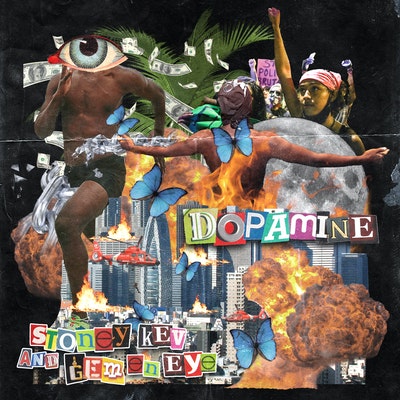 Up and coming Connecticut based Hip Hop artist Stoney Kev releases new single titled “Dopamine“.  Make sure to also check out his latest album “The New World” and visit his website gemeneyeworld.com for more of his music.

Atmosphere Announces New Album, The Day Before Halloween, Due Out October 30 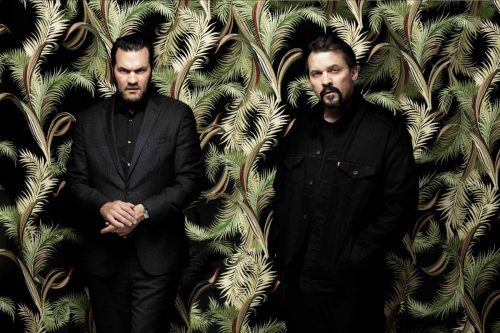 Today, iconic hip-hop duo Atmosphere drops a mind-bending music video, “Blotter Acid Reflux Syndrome,” heralding the release of their latest studio album The Day Before Halloween, due out, appropriately, on October 30. Directed by Jason Goldwatch, the music video veers towards the unsettling with psychedelics, brain surgery, and a nod to the infamous Cold War-era MK-Ultra program. From the outset, “Blotter Acid Reflux Syndrome” makes it clear that this chapter of Atmosphere’s discography will be a departure from the expected—the anti-pop answer to previous compositions.

Throughout Atmosphere’s two-decade career, the group has often been viewed as a musical shepherd, guiding listeners through the ups and downs of existence with songs about life, love, stress and setbacks. In a year that seems to have gone sideways, however, Atmosphere is leaning into an alternate reality, offering an album loosely conceptualized around the life of a visual artist living in an antiquated surveillance state. The Day Before Halloween is menacing. It’s murky. It’s George Orwell meets Keith Haring at a video arcade on New Year’s Day, 1985.

The post Atmosphere Announces New Album, The Day Before Halloween, Due Out October 30 first appeared on UndergroundHipHopBlog.

Creative Mike The Rapper and Stace Loyd are the original “S.O.P.”

“S.O.P.” is the new single by Atlanta base duo Creative Mike The Rapper and his cousin Stace Loyd. The track is a reflective cut that gives the listeners a quick glimpse into the duo’s endeavors in the music and business sectors.

“S.O.P. aka Stars Outta Poverty” has a solemn, introspective mood with its lush dreamy backdrop which serves as the canvas for the duo to reflect on their growth from their roots in Winston-Salem, NC. The duo is also the executives of the newly formed  Dope Coffee Company that specialize in fusing coffee culture and hip-hop. The company uses an e-commerce approach and distributes its products online, allowing people to purchase and create their own environment in which they would like to enjoy it. The coffees are flavorful, yet simple. Buyers are not overwhelmed by unnecessary terminology, descriptions, and instructions. Dope Coffee’s products are there to enjoy while shifting the conversations had when having a cup of coffee.

“S.O.P.” is a single from the duo’s upcoming Spinach album. The duo has seen great success as business partners in the coffee industry and this album will be no different. The project will be published through Dope Coffee where it will be released with a merch pack including a specialized coffee, Ethiopian Dripp.

Griff / Scorcese and Zilla Rocca team up for “Marvel Vs DC”

D.C. based emcee Scorcese and his beat-maker accomplice, Chicago’s Griff share their love for comic books on their new single titled “Marvel Vs DC.” The track is bolstered by Griff’s dark and vibrant production which adds a cinematic feel to the theme of the song.

Scorcese is also joined by Philly’s Zilla Rocca and both emcees treat us to a plethora of comic book references for hard-nosed fans. From name dropping fictional cities and planets to supervillains and then some, we get an all-out verbal battle between characters from both Marvel and DC universes. It’s quite interesting as well with the way both emcees go about it with their rhyme schemes linking everything from Wally West, writers like Alan Moore, Jim Lee to the destruction fuelled Frank Castle.

Hit the play button to really enjoy this one. Totally recommended for all.

Keep up with Griff / Scorcese  | Soundcloud:

Ras Kass has partnered with UGHHBLOG to premiere his 2nd single off of his new vinyl-only playlist “I’m Not Clearing Shxt” titled “Parkour” featuring Hieroglyphics legend Casual and battle legend Cortez. The elite rhyming trio take us through a hardcore lyrical obstacle course on this one.

You can pre-order “I’m Not Clearing Shxt” here via Blackhouse Records. There will be 300 copies of the hand-numbered Ultra-clear Vinyl with OBI strip in heavyweight PVC sleeve, and 300 digipak, hand numbered, deluxe CDs as well. The physical copies will contain the full album whereas the digital will be missing 6 tracks so be sure to cop that!

TENNIN strays from the norm on “TAKE A RIDE”

Paris based alternative singer/songwriter TENNIN makes her entry on TWIB with her new single “TAKE A RIDE.”

The track is pretty interesting and doesn’t quite conform to one genre a sit infused a bit of everything from pop, soul, and vintage hip-hop. From the cinematic synths, head-nodding drums, and off-kilter melodic runs, TENNIN delivers something different from the norm. The song also dwells on setting one’s self free from the never-ending daily cycle. TENNIN is currently working on her EP and a premier single will be out in October 2020.

Get “TAKE A RIDE” on SoundCloud.

Trey Kams shares some beats from his new project with us

LA-based producer/DJ Trey Kams takes us back with his nostalgic-infused project Nostalgia and in the interim, shares some stand out tracks from the project with us.

The first cut is the title track “Nostalgia” which is made up of solemn keys, warm pads, and soft drums. The changes here are not much but serves as a solid accompaniment for a cool evening. relaxation.

“Deja Vu” is the second cut on deck. It sure lives up to its name with its smooth horns, lush lofi keys, and lively drum arrangement. The overall texture gives off a very lively feel and the layered instrumentation puts the listener live on stage as well.

The third cut “Emerald” is solemn and ripe with neck-snapping drums, lush textures, and a vintage Rhodes that really strike the ears. It’s a solid beat that I can hear our favorite neo-soul artists over.
Get Nostalgia on all platforms here.